Have you ever felt guilty about passing information you realized,  later on, that it was wrong and even hurtful? To my easiness…I prefer to be optimistic, to cheer up, encourage and inspire. For your own sake do not scare your fellows nor incite them with your words to attract chaos or stagnation. Watch out, so we don’t cut some others wings with careless appreciations coming from ignorance, envy, jealousy, greediness, or the like.

Say nothing! or release a smile, would be a good advice. Difficult ha? But it can show more character or personality, more wisdom, and intelligence. We think that we are right…we may not be. We listen what we want to hear. Our vision is very selective; we see what we want to look at, and evidently very few know it all. Reason why it is crucial to be in control of what to allow in own mind. Be aware and be awake!…our baggage is so strong! 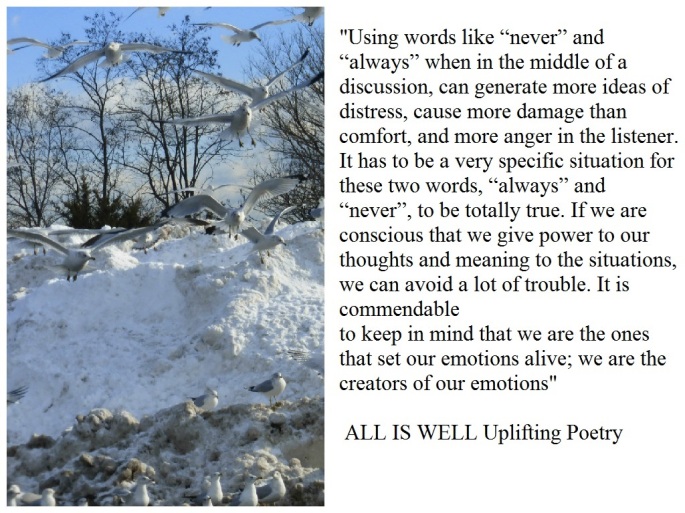 Believe me, all human beings are more than what it seems.  Can you imagine the creator picking on someone to give poverty or sickness, and some others to grant them wealth? Or offering to some wisdom and to others ignorance or stupidity? The Creator has been the same infinite force, the Ancient of Days? The everlasting one! Some have believed blindly what is in the Word, in spite of the fact that metaphorical and dark sayings are broadly used. To others, I’m included, the time of thinkers has come to apply concepts like “image and likeness” “take no thought” “the kingdom is within” “seek first the kingdom of God” “be it done to you according to your faith” etc.

We understand according to what we have lived…I saw behavioral changes after an idea was uttered in the school I worked. I felt that energy changing suddenly from negative to positive flowing from everywhere,  that “spooky action at a distance” Einstein, coming from “the core from which we obtain knowledge, strength, and inspiration” Nikola Tesla. So many “Impossible” things have become a reality everywhere, rich or poor, smart or dumb. An idea set on fire with stamina and love or just a bursting opportunity for Highest Self to express care for the creation. 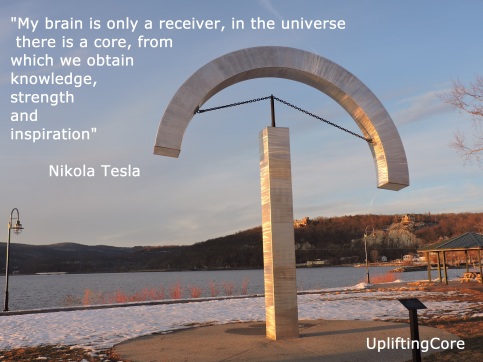 Anyway, ..my point is…There are those who are ready to judge,  criticize and stop someone else’s dreams and there are those who use questions or suggestions, at least comments, to help in the solution of a puzzle. People who support instead of castrating illusions. Those who are ready to listen..and those who see it in front of their eyes and their beliefs do not allow them to get it; and those who believe they know it all as the last word. The brain may have been understood, but the Mind, the Creative Mind still a great mystery. 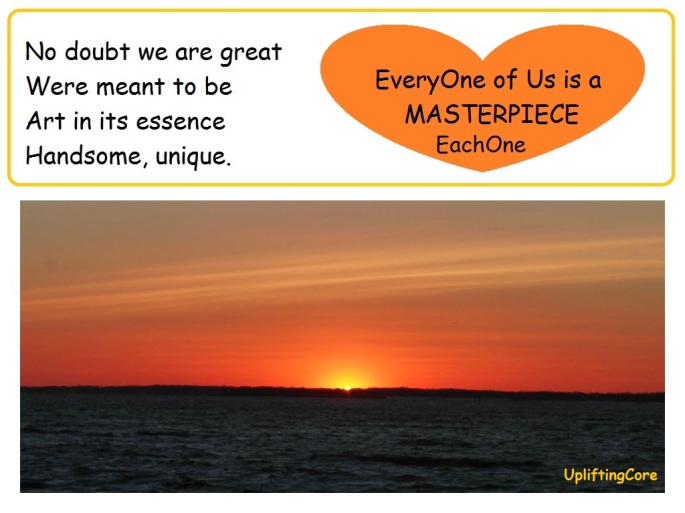 Words of Wisdom to the Always Learning Soul

We better believe that we are more than what it seems. We are the children of supreme intelligence, wisdom, and love. That same intelligence, wisdom, and love that acts, moves our bodies acts also in our lives. We can see it even at night when sleeping. While breathing. I have no idea about the process, but quite sure it is not a simple one. At this moment, while writing…the miracle of writing. We usually take for granted this complex and intelligent process. Chemical reactions and connections take place every second when neurons, nerves, tendons, muscles, bones, eyes, fingers, work together in an accord to represent our thoughts. We don’t need to understand how ideas are formed and organized in the mind to express our particular idiosyncrasies, perceptions, beliefs, and feelings or thoughts mind. What we really need to understand is that everyone’s life, each one, is a whole universe, a unique matrix of connections. Contact with ideas, concepts, theories, and the perception and understanding of them differ from one another.

Sometimes we tie ourselves to things, ideas, that do not exist but somehow we are convinced of their reality. Finding who or what binds us is an exciting way to set ourselves free from fear, hate or any other error that will disappear when being aware. Don’t expect it to be immediately, but one step at a time and patience. It is worth mentioning also that exceptional ideas and flashes of insight come to our minds usually when not expected after having worked on the issue for a while. 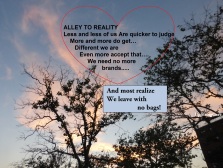 The Way, The Truth and The Life 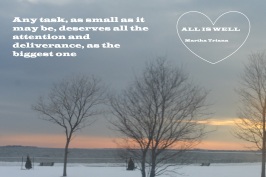 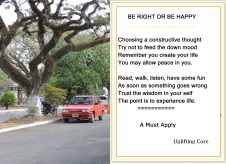 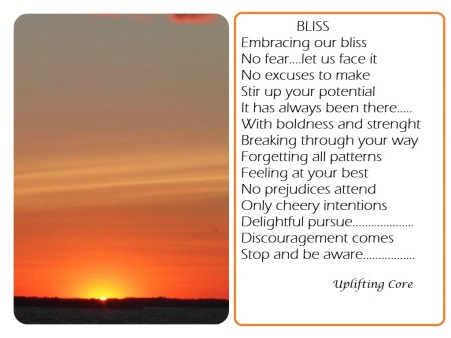 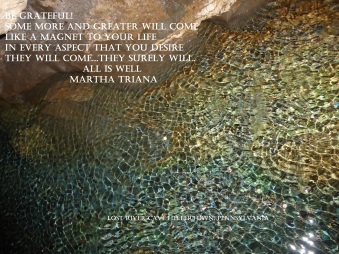 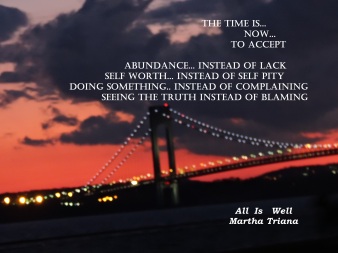 All One Spiritual Beings

We are all made in the image of light, wisdom and love.

Being as close as I can be to OneSelf

Agree with Everyone and be Happy